Nowcasts, a contraction of current economic conditions (now) and forecasts, have been attracting a lot of attention of late.

Indeed they give further insights into the ‘valuation gap’ that may exist between climax/sentiment indicators and actual economic conditions, a topic covered  here or here.

Please consider the very latest GDPNow release by the Federal Reserve of Atlanta: 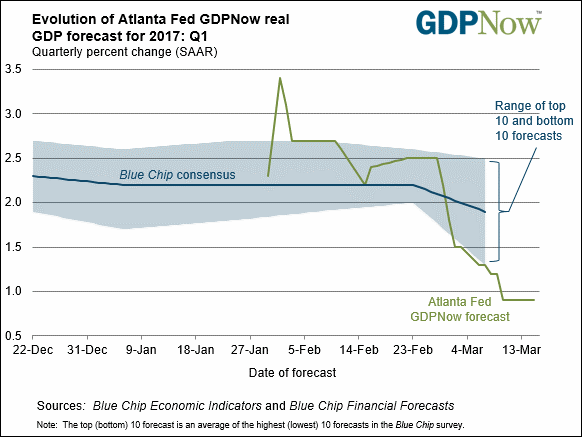 From the Fed of Atlanta’s site:

What next? Is it about to influence the much awaited stance of the Fed ? 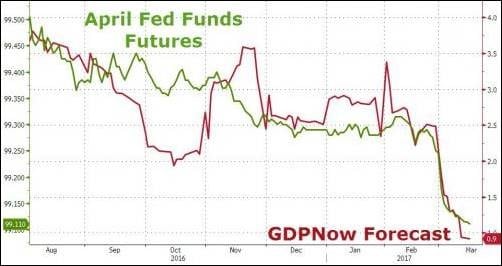 We suggest: there is no contradiction in hiking rates while growth is slowing, provided that financial stability is at stake.