Connecting the dots: oil prices, credit and interest rates – from one shock to the other 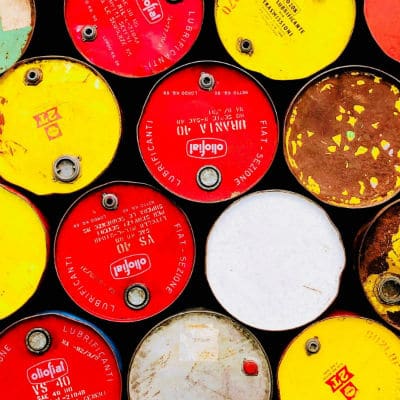 Oil prices deserve a special attention in the aftermath of the US election.
Connecting the dots, we believe that they help explain some of the recent trends in the markets.

This post explores the financials of interest rates and oil.

As a reminder, oil prices experienced a spectacular 75% drop between mid-14 and January 2016. Since then, they rebounded another 75%.

As we all remember however, ‘minus 75% plus 75%’ does not equal 0 in this brave compounding world:

Prior to digging into the current state of affairs, here’s a recap of our previous suggestions :

A combination of lower growth in emerging markets (demand), lower oil prices and higher rates triggered an unwinding spiral that led to the current level of prices and oversupply.

Is it over for now? Are rising interest rates the answer?

The markets seem to have a clear take, we are less convinced.
See our propositions below.